- GO ON AN - Adventure Travel Vision can take you there.

“Patagonia, a glimpse into the wild” by Ossian Lindholm

Patagonia, a mythical territory of South America shared by Argentina and Chile; its extensive and windy steppes, majestic forests, lakes, glaciers and eternal snow all make this area of the planet a place that arouses curiosity and attracts nature lovers. Patagonia is one of the least populated places on the continent, and coincidentally, one of its main attractions.

Patagonia has well-defined sub-regions, each one with its own unique attractions. There is the Atlantic cost with whales, orcas, sea lions, dolphins, and penguins; the Steppe with guanacos, rheas, foxes, skunks, and the elusive puma; and the Andean region with the glaciers and condor. The name Patagonia comes from the word patagon which was used by Magellan in 1520 to describe the native tribes of the region, whom his expedition thought were giants because they found huge footprints in the sand. 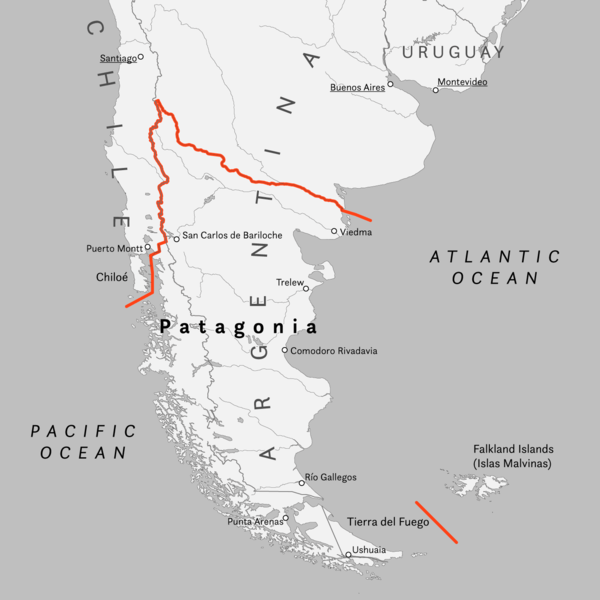 Patagonia, a region located at the southern end of South America, shared by Argentina and Chile. Map Wikipedia

In this newsletter, I want to show you a place in Patagonia that, as nature photographer, I love to visit. It fascinates me because of its concentration of diverse attractions. It is the region comprised of “The Glaciers National Park of Argentina” and “Torres del Paine National Park of Chile”. 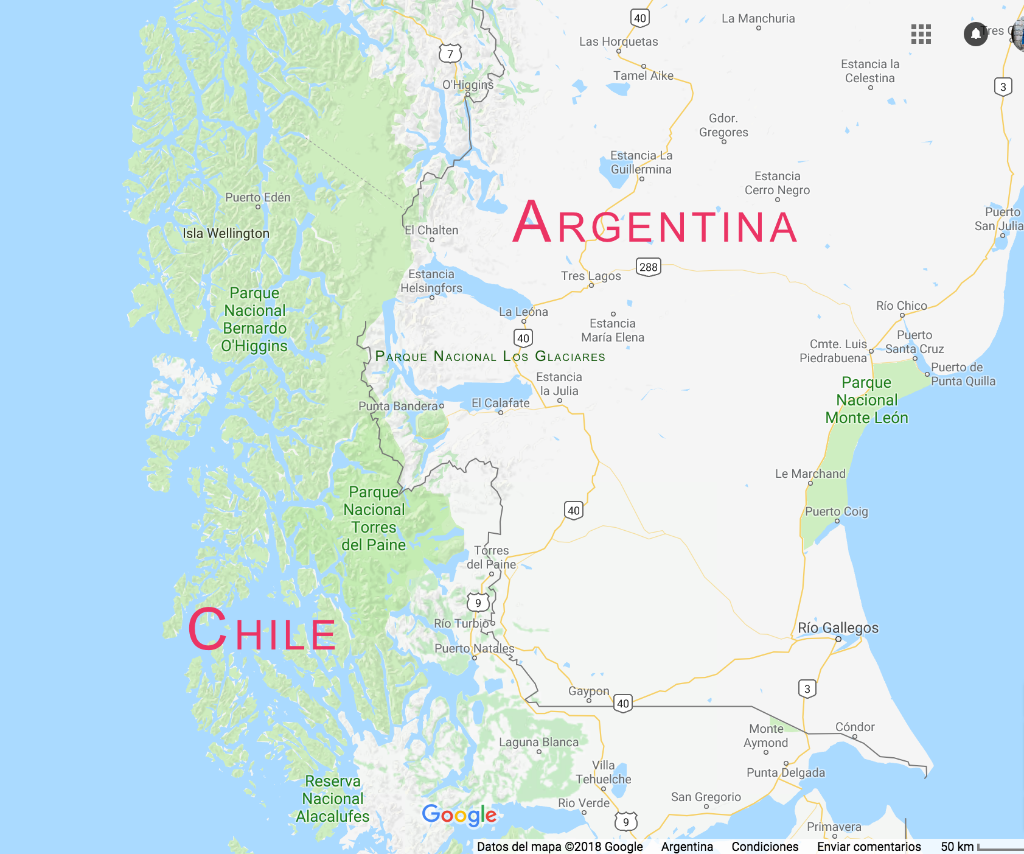 In Torres del Paine, the limelight is divided between landscapes and an abundant wild life. Among the fauna, the main attraction is the puma, cougar or mountain lion, the feline with the widest distribution in the world: from the Magellan Strait to Canada. During my years traveling South America, I noticed traces of this feline many times, and the few encounters I had with Pumas were for very short periods of time; so short that I was not able to take a good picture. But in Torres del Paine, being a national park they are protected and well-nourished, making it possible to observe then during the day, although, their greatest activity and prime hunting time is twilight.

The Puma is a carnivorous stalker and ambush predator and pursues a wide variety of prey, but in this area the preferred is guanaco. The abundance of this camelid is one of the reasons why the population of pumas thrives in this area. In recent years, photographers from all over the world arrive at Torres del Paine attracted by the high probability to observe and photograph pumas.

Puma cub in Torres del Paine National Park. Chile
Nikon D4  Sigma 150-600mm + 1.4x Teleconverter  f/9 1/1600 ISO1100  @850mm
This 4 months old Puma puppy waited, along with a sibling, for his mother to return from hunting
One of the most wonderful experiences that I had in Torres del Praine was to observe a mother with her two kittens. I was fortunate enough to see them when they were about 4 months old and then 7 months old.

Perito Moreno Glacier is located in Los Glaciares National Park, Argentina. It is one of the most important tourist attractions in the Argentinian Patagonia. It has an area of 250 km2 (97 sq mi) , 30 km (19 mi) in length, and 5 km (3.1mi) wide. This glacier is unusual in that it is advancing, while most glaciers worldwide are retreating.  The reason remains debated by glaciologists.

Andean Condor flying against the ice wall of the Perito Moreno Glacier. Los Glaciares National Park, Argentina. With a wingspan of 3 meters (10 feet) this is the second larger flying bird after the wandering albatros. Nikon D810 + Sigma 150-600 f/14 1/2000 ISO640 @600mm

Travel Vision Journeys are active photo adventures for the culturally curious that immerse, inspire and connect travelers with the world’s most photogenic places through the transformational magic of the photographic experience. On these exclusive active learning tours led by our expert photographers, you’ll improve and expand your photography skills while you learn about the places and people that you see.

Signup for our Newsletter

Subscribe and be the first to receive news about our tours, updates to our website and blog, photo articles and tips, photo galleries, special event and more.

You may unsubscribe at any time.

Subscribe and be the first to receive news about our tours, updates to our website and blog, photo articles and tips, photo galleries, special event and more.

You may unsubscribe at any time.